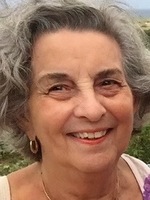 Lancaster-Theresa Ann (Sesia) Lynch, 80, passed away peacefully surrounded by her loving family on Wednesday, February 28, 2018 at UMass Medical Center in Worcester. She is survived by her beloved husband of 59 years, John M. Lynch; their children and spouses, Sandra Lynch of Lancaster; David J. Lynch of Portland, ME; Michael P. Lynch & Wanderley Viana of Dorchester; and Christina Lipka & James of Sterling. She leaves her 2 grandchildren, Michael & Matthew Lipka of Sterling; her siblings & their spouses, Constance Frisch, Judith Wallat & Kurt, and Donna Burton, all of Clinton; Patricia Pittman of Lancaster; Aldo Sesia & Anastasia Carruth of Cambridge; aunts, uncles, nieces, nephews, cousins, and many dear friends.
Theresa was born in Clinton to the late Aldo & Helen (Lipka) Sesia. She attended local schools and graduated from the Clinton High School, Class of 1954. Theresa was employed for more than 20 years with Dunn & Company in Clinton until ultimately retiring as their Office Manager. In addition, she worked part time for many years as a cafeteria worker at Nashoba Regional High School and as a licensed Realtor with Realty Vision in Clinton. A woman of great faith, she taught CCD at Immaculate Conception Parish in Lancaster and volunteered her time with the Lancaster Council on Aging. Theresa enjoyed gardening, cooking and baking for others, and summer vacations spent at the beach. She was happiest while in the company of her loving family and will be forever missed as their devoted matriarch. Funeral services are to be held on Monday, March 5, 2018 from the Philbin-Comeau Funeral Home, 176 Water St., Clinton, with a Mass of Christian Burial to be celebrated at 10AM in St. Richard of Chichester, 4 Bridge St., Sterling. Burial will follow in St. John's Cemetery, Lancaster. Calling hours will be held in the funeral home on Sunday, March 4, 2018 from 3 until 5PM. Memorial contributions may be made in memory of Theresa Lynch either: Golden Retriever Rescue Inc., 110 Chapin Road, Hudson, MA 01749, or to St. Jude Children’s Research Hospital, 501 St. Jude Place, Memphis, TN 38105. Online condolences may be placed at www.philbincomeaufh.com