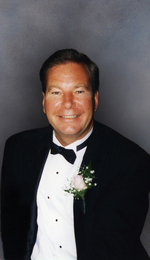 Clinton-Stephen J. Comeau, 61, passed away peacefully surrounded by his family at home on Friday, March 23, 2018. He is survived by his son, Thomas R. Comeau & wife Amber of Lancaster; his soul mate Cynthia Whalen of Clinton; brother, Kevin B. Comeau & wife Natalie of Haverhill; sister, Donna Rans & husband Max, and their children, Monique, David, and Rachel Rans, all of South Boston; aunts, Geraldine Kelly of Arlington and Mary Comeau of Haverhill, numerous cousins, and many dear friends. He is pre-deceased by his parents Gustave & Joan (Coutts) Comeau, and his brother Thomas Comeau.
Steve was born, raised and educated in Haverhill, and graduated as Vice-President of the Haverhill High School, Class of 1974. He attended Northern Essex Community College and obtained his professional degree from the New England Institute of Anatomy, Embalming & Funeral Directing. As a licensed funeral director, Steve began his career with the Gaffey Funeral Home in Medford before purchasing the Philbin Funeral Home in Clinton in 1980. Upon his arrival to town, his lightning quick wit and extreme generosity immediately endeared him to his community, which he served with great passion and integrity as proprietor of the Philbin-Comeau Funeral Home until retiring. He was an adored, long time member of the Clinton Rotary Club, a generous patron of small town business, and loyal sponsor of youth sports and activities. Steve loved summers at Seabrook Beach and was happiest while quietly helping others, entertaining guests, and bringing laughter to family and friends. A Mass of Christian Burial will be celebrated at 10AM on Wednesday, March 28, 2018 at St. John the Evangelist Church, 80 Union St., Clinton, with burial to follow in Woodlawn Cemetery. Calling hours will be held from 2 until 7PM on Tuesday, March 27, 2018 in the Philbin-Comeau Funeral Home, 176 Water St., Clinton. In lieu of flowers, memorial contributions may be made in memory of Stephen J. Comeau to: WHEAT Community Connections, P.O. Box 847, Clinton, MA 01510. Online condolences may be placed at www.philbincomeaufh.com