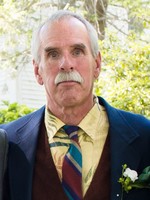 Nick was born in Lower Merion, PA to the late Nicholas H. Wagner III & Olive Snow (Reven) Wagner. Upon his family settling in Princeton, he attended local schools and graduated from Worcester Academy. He enjoyed his career working in the family business, Wagner Plastics in Clinton, from where he ultimately retired as Director of Sales. Nick possessed a brilliant mind and was a talented writer, inventor, and musician. His life was richly lived and his adventures as a motorist, skier, sailor, and fisherman took him to the far corners of the globe and to secret spots close to home. He took great pleasure in family road trips through Vermont and was happiest in the company of classic cars and those who knew him best. Funeral services will be privately held under the direction of the Philbin-Comeau Funeral Home, 176 Water St., Clinton. Memorial contributions may be made in memory of Nicholas H. Wagner IV to the Princeton Firefighters / EMT Association, P.O. Box 37, Princeton, MA, 01541. Online condolences may be placed at www.philbincomeaufh.com