In Memory of
Lester Henry
McLean
1926 - 2018
Click above to light a memorial candle.
Memorial Candle Tribute From
Philbin-Comeau Funeral Home
"We are honored to provide this Book of Memories to the family."
View full message >>>
Send Flowers
Plant a Tree In Memory of Your Loved One
Click Here
Menu 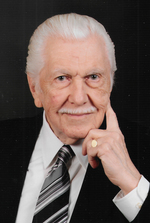 Lancaster-Lester H. McLean, 91, passed away peacefully at home with his family on Tuesday, April 10, 2018. He is preceded in death by his beloved wife Ardelle (Locatelli) McLean. He is survived by his children, Kathleen McLean & partner Kayte Bak, of Halifax, VT; Sheila Lambert of Lancaster and her companion David LaPrey of Killingly, CT; brother, Paul McLean of Wilmington, NC; several nieces, nephew, Ardelle’s children, John Marchand, Dana Hodsdon, Marylee Tuladhar; their children and grandchildren, as well as many dear friends. He is pre-deceased by his son, Kenneth McLean, his brother, Terence McLean, and step-sons, Walter J. Barch and Kenneth P. Corricelli.
Lester was born in Clinton to the late Michael & Elizabeth (LaPlante) McLean. He graduated from the Clinton High School, Class of 1944 and Massachusetts Maritime Academy-Engineering Division, Class of 1947. He proudly served our nation in the US Naval Reserves and retired as a Lieutenant after twenty years of service. He worked in various aspects of marine transportation and was certified to operate any USA steam and diesel ship as an Engineering Officer. Mr. McLean then spent his career as a safety engineer for Travelers Insurance Company in Worcester for more than 25 years until retiring. A talented musician, he played in several big bands as a young adult, and continued playing the clarinet and organ throughout his lifetime. He possessed a brilliant mind, was a patented inventor, and skilled mechanic. Lester was instrumental in creating a financial support network of fellow Clinton High School classmates to provide resources that assist the Clinton High School FIRST Robotics team for many years. He enjoyed time in his extensive flower gardens and was happiest while in the company of his family and friends. A funeral service will be celebrated at 11AM on Saturday, April 21, 2018 in the Philbin-Comeau Funeral Home, 176 Water St., Clinton, with calling hours prior from 9:30-11AM. Burial will follow in St. John’s Cemetery, Lancaster. Memorial contributions may be made in memory of Lester McLean to: Clinton Public Schools, FIRST Program, 150 School St., Clinton, MA 01510. Online condolences may be placed at www.philbincomeaufh.com

US Navy Reserve
The insignias listed here may be subject to copyright and / or trademarked. Those copyrights and trademarks are owned by the respective organizations.
Printable
Share on Facebook
Contact Us