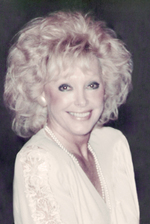 Clinton – Judith (Rose) Genelli, 79, passed away peacefully on Thursday, August 9, 2018 at St. Vincent Hospital with her loving daughter Jennifer Rose Genelli by her side. She was preceded in death by her adoring husband of 58 years, Joseph E. Genelli in 2016, their daughter, Jill Rose Genelli in 1995, and her sister Sharon (Rose) Kenniston in 2005. Judi was born in Clinton on November 8, 1938, the daughter of the late Joseph and Mary (Waslaske) Rose. She graduated from Clinton High School, Class of 1956, attended Massachusetts School of Technology in Boston, and worked as an x-ray technician for 10 years at the Clinton Hospital before leaving to raise her family. She was an active member of her community, serving notably as three time President of the Clinton Emblem Club, past president of the Clinton Hospital Guild, director of the Clinton Women’s Club and member of the Red Hat Society. She was a woman of great faith and a devout member of St. John the Guardian of Our Lady Parish. Above all, Judi was an amazing mother, who was loved by so many. A Calling Hour will be held from 10 until 11AM on Tuesday, August 14, 2018 in the Philbin-Comeau Funeral Home, 176 Water St., Clinton, with a Mass of Christian Burial to be celebrated at 11:30AM in St. John the Evangelist Church, Clinton, and burial to follow in St. John’s Cemetery, Lancaster. Online condolences may be placed at www.philbincomeaufh.com