Obituary for Henry A. Wheeler 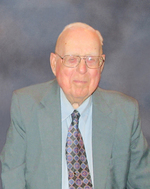 Berlin - Henry A. Wheeler, 88, retired Chief of Police for the Town of Berlin, passed away peacefully surrounded by his loving family on Saturday, March 3, 2018. He is survived by his beloved wife of 70 years, Ruth (Nugent) Wheeler; their children & spouses, Mary Wheeler; Karen Baum & Duncan; Henry A. Wheeler, Jr. & companion Colleen Higgins, all of Berlin; Adeline Camelio & Robert of Manchester, NH; Janet Youse & Larry of Rome, PA; Kimberly Stover & Jeffrey of Smyrna, DE; 10 grandchildren: Andrew, Eric, and Sabra Baum, Jessalyn Palmer, Nina Williams, Lindsey Camelio, Justin Wheeler, Nicole Fender, Nathaniel Dunnican and Heather Wickwire; 15 great-grandchildren, numerous nieces, nephews, cousins, extended family and friends. He is pre-deceased by his siblings, Alice Burke, Clifford H. Wheeler, Jr., and Edith Spaulding.
Henry was born at home in Berlin, son of the late Addie (Mahan) & Clifford H. Wheeler. He attended Berlin schools, graduated from the Hudson High School, Class of 1947, and achieved his degree in Criminal Justice from Quinsigamond Community College. He began his lifelong career in law enforcement at the age of 18, serving as a Patrolman for the Town of Berlin until being named Chief of Police, a position he held with great pride for 27 years until retiring. Chief Wheeler served the Town of Berlin in numerous additional capacities, notably as a Firefighter/EMT, a Selectman, and member of the Berlin Grange. Farming was his life passion and Henry was happiest while tending to his hay field behind the wheel of his tractor. He was an accomplished mechanic who was always willing to help a friend in need. Above all Henry was a devoted family man who will be forever missed and remembered lovingly as the patriarch of the Wheeler family. A Funeral Service will be celebrated at 11AM on Friday, March 9, 2018 in the Philbin-Comeau Funeral Home, 176 Water St., Clinton, with burial to follow in South Cemetery, Berlin. Calling hours will be held in the funeral home from 4 until 7PM on Thursday, March 8, 2017. In lieu of flowers, memorial contributions may be made in memory of Henry A. Wheeler to: Dana Farber Cancer Institute, P.O. Box 849168, Boston, MA 02284, or to Massachusetts Veterans Inc., 69 Grove St., Worcester, MA 01605. Online condolences may be placed at www.philbincomeaufh.com