In Memory of
Edward Joseph
Lemanski Sr.
1926 - 2018
Click above to light a memorial candle.
Memorial Candle Tribute From
Philbin-Comeau Funeral Home
"We are honored to provide this Book of Memories to the family."
View full message >>>
Send Flowers
Plant a Tree In Memory of Your Loved One
Click Here
Menu 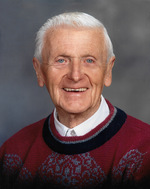 Edward J. Lemanski, Sr., 92, passed away peacefully at UMass Medical Center on Monday, January 29, 2018. He is preceded in death by his beloved wife of 62 years, Gloria M. (Armenti) Lemanski, and their daughter Donna Lemanski. He is survived by his children, Edward J. Lemanski, Jr.; Angela M. Lemanski; and Gina Gannon & husband Brian, all of Clinton; and Maryanne McManus & husband William of Charlotte, NC. He leaves 6 grandchildren, Joshua Lemanski & companion Cassie Cashes, Sabrina and Julia McManus, Patrick, Timothy, and Shaunna Gannon, his canine companion Athena and feline friend Chloe Rae. He is pre-deceased by his siblings, Anthony, Chester, and Helen Lemanski, and Bertha Dziurgot.
Ed was born in Clinton to the late Joseph & Mary (Bruschka) Lemanski. He attended local schools and graduated from the Clinton High School, Class of 1944. Ed enlisted in the United States Navy and proudly served our nation aboard the USS North Carolina throughout the Asiatic-Pacific Theater during WWII. He returned home safely and began his career in automobile sales, first from his parent’s home on Park Street, and later, by establishing, successfully owning and operating Clinton Motor Mart on Main Street for many years before retiring. He was a man of great faith and devout member of the former Our Lady of Jasna Gora Church in Clinton, where he and Gloria were actively involved with coordinating the annual Polish picnics. He was a life member of the Polish American Veterans and proudly served as past State Commander. Ed was a talented finish carpenter who built his home and developed his neighborhood on Skyline Drive in Clinton. He was an avid card player and was happiest while dancing with his wife Gloria. Funeral services are to be held on Saturday, February 3, 2018 from the Philbin-Comeau Funeral Home, 176 Water St., Clinton, with a Mass of Christian Burial to be celebrated at 10AM in St. John the Evangelist Church, 80 Union St., Clinton, and burial to follow in St. John’s Cemetery, Lancaster. Calling hours will be held on Friday, February 2, 2018 from 5 until 7PM in the funeral home. Memorial contributions may be made in memory of Edward J. Lemanski, Sr. to Massachusetts Veterans Inc., 69 Grove St., Worcester, MA 01605. Online condolences may be placed at www.philbincomeaufh.com

US Navy
The insignias listed here may be subject to copyright and / or trademarked. Those copyrights and trademarks are owned by the respective organizations.
Printable
Share on Facebook
Contact Us