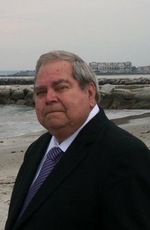 Clinton-Alexander R. McDonald, Jr., 86, passed away peacefully at home on Thursday, April 5, 2018. He is preceded in death by his beloved wife of 58 years, Viola I. (Thibeault) McDonald. He is survived by three sons and their wives, Daniel McDonald & Marilyn of Clinton; David McDonald & Edna of Fitchburg; and Brian McDonald & Alison of Clinton; grandchildren, Melissa, Daniel, Michael, Brian, and Justin; great-grandchildren, Daniel, Jack, and Evan; siblings, Francis McDonald of Lee, NH; Marie Jackson & husband Jake of Springvale, ME; sister-in-law, Mary McDonald of Clinton; several nieces, nephews, and dear friends. He is pre-deceased by his grandson Alexander McDonald, and siblings, Gloria Garner, Ida Curtis, Daniel, Joseph, and Franklin McDonald.
Alex was born in North Brookfield, to the late Alexander and Velva (Savage) McDonald. He was raised in Sanford, Maine and graduated from the Sanford High School. He proudly served our nation in the US Army during the Korean War as a Sergeant with the 23rd Infantry Regimen, 2nd Division, receiving the Korean Service Medal with 5 Bronze Service Stars and two Presidential Unit Citations for meritorious service. Alex returned home safely to begin his lifelong career in printing, working with the Colonial Press in Clinton until their closing and Murray Press in Westford until retiring. He was a staunch Democrat who closely followed local, state, and federal politics. Alex loved all things Maine, especially Wells Beach, and was happiest while in the company of his family. Calling hours will be held on Wednesday, April 11, 2018 from 9:30-11AM in the Philbin-Comeau Funeral Home, 176 Water St., Clinton, with a Mass of Christian Burial to be celebrated at 11:30AM in St. John the Evangelist Church, 80 Union St., Clinton. Burial will follow in St. John’s Cemetery, Lancaster. Memorial contributions may be made in memory of Alexander R. McDonald, Jr. to Clinton Hospital Foundation, 201 Highland St., Clinton, MA 01510. Online condolences may be placed at www.philbincomeaufh.com